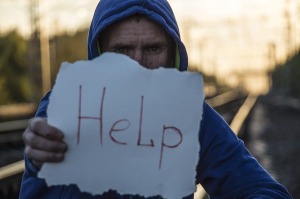 It feels like forever that I’ve been away from writing and the blogging community in general. My last post was December last year. That’s like three whole months. I have to tell you, it feels like a lifetime.

Although I don’t have to, I feel the need to explain my extended absence. Perhaps you’ll be able to relate to some of it.

It started back in November, with NaNoWriMo. I’d been writing short stories for a fair while, and if I’m honest, I was thoroughly enjoying it, but at the back of my mind was always the novel. As an author, I’m told that that is what I should be aspiring to. I had won NaNo the previous year, but my 50k words had been towards a collection of short stories that would go on to become my first book, A Sinister Six. Even now when I read the stories in that book, I can nod my head and think that’s actually not too bad, and trust me, that’s a big deal for me.

But still the spectre of the novel kept raising its head, and so in the run up to last November, I purchased Scrivener (A novelist’s necessity apparently), got my notebook out and began planning my novel. Now before this, I had written 20k words towards what I thought would be my first novel, but when I got the new software and some new ideas, I shifted my focus to the new novel.

I worked hard over that period, and made a conscious decision to let my online interactions lapse. My blog updates dropped off, I stopped Tweeting and my Facebook groups dropped off the radar. I hit the 50k mark again but began to feel that what I was writing was not ‘tight’ enough. My original idea suddenly seemed to lend itself to a three-book trilogy, as seemed to be the style for similar books in the genre (dystopian), so I set about trying to pad it out into three books, which is where I think everything started to fall apart: Huge chunks of what I was writing began to feel like padding – unnecessary filler to hit my word targets. The more I tried to rectify this, the worse it looked, and the worse it looked, the worse I felt. Then, not surprisingly, the worse I felt, the worse my writing looked, and so on.

There came a day in February, that I decided I was just wasting my time and making myself miserable every time I sat and looked at – or even thought about – this book. Which is when I just stopped. I moved away from the keyboard and away from writing, and all the people that have been so supportive of my journey thus far, and for that, I’m sorry.

I sat down at the keyboard for the first time again this week. On that first day, I just made a couple of small changes to my website. It felt close to writing without actually being writing. But more importantly, it felt good. On the next day, I wrote a newsletter update for my email followers (that’s another post all by itself!). It was only brief, but it had pictures, links and text and, like the previous day, it felt closer to writing without actually being writing. I didn’t send the newsletter, I just wrote it. I also said hello on one of my Facebook groups and began reading a few posts on other people’s blogs. On my third day (today), I decided I would expand the brief newsletter piece I had written into something that would explain where I’ve been. I had no intentions of doing anything with it, it was simply something to write. Once I started, my brief ‘I’ve been under the weather’ update, became what you are reading here, with me sharing more than I thought I would be comfortable sharing: It’s the story of me failing.

That realisation knocked me back. It knocked me hard. I can’t pretend to be an amazing author. A lot of the people I have (and still) follow are posting updates about what they have written and how well things are going for their latest work in progress. They are doing well, and some of their work that I’ve read, is really good. But I have to say that I have found that to be so demotivating, kind of a ‘I’ll never be that good’ feeling. And so began my self-imposed exile.

But I’ve had a change of heart and mind that has led me to begin this fight back. And these are the decisions I’ve reached:

Thank you for taking the time to read this and make it this far down the page. I hope to cross paths with some of you in the future and will be sure to drop by your blog to say hello. Leave your blog details in the comments section, and I’ll see you there!

I don’t want to end on a downer, so here is what I’ve been paying attention to in the last 3 months:

What am I reading?

What am I watching?

Other than the Winter Olympics?

What am I listening to?

A lot of podcasts, mainly.

Let me know if you’ve listened to any of these, but also let me know what else I should be listening to in the comments.

19 thoughts on “Back from the brink of despair”